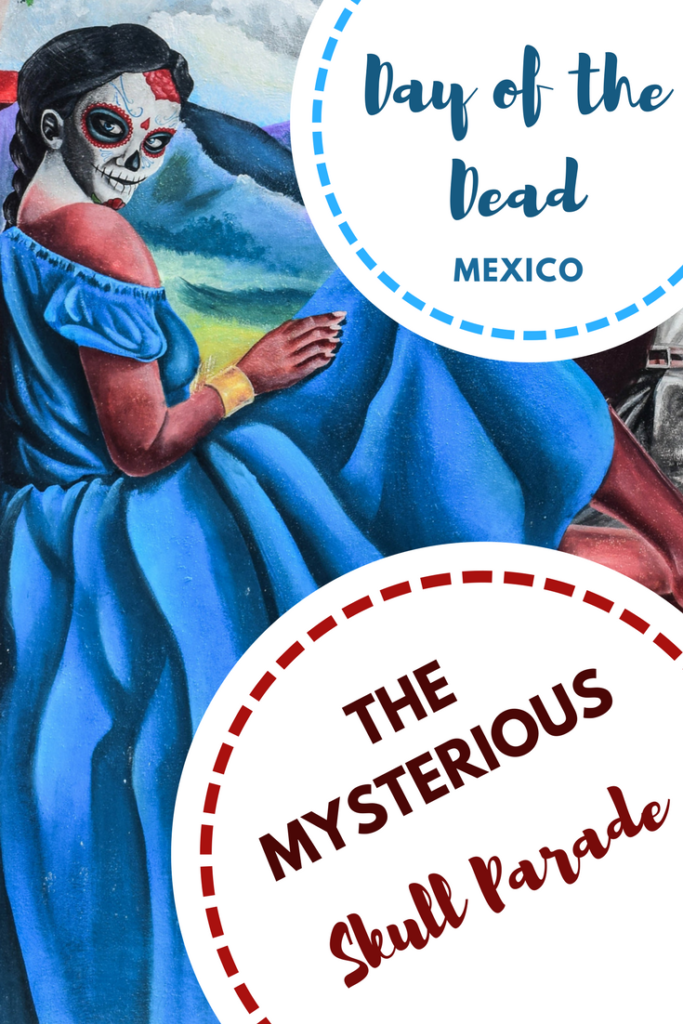 Two years ago I saw a James Bond movie and the scene with a huge Day of the Dead parade in Mexico with people dressed as skeletons stuck to my mind. It somehow seemed so daunting and attractive all at once. So I secretly added it to my bucket list as one of the places I will visit in the future to see it in real life.

Now, a few years later, I’m in Mexico and the date of this mysterious carnival called “Dia Los Muertos” or “The Day of the Dead” is here. 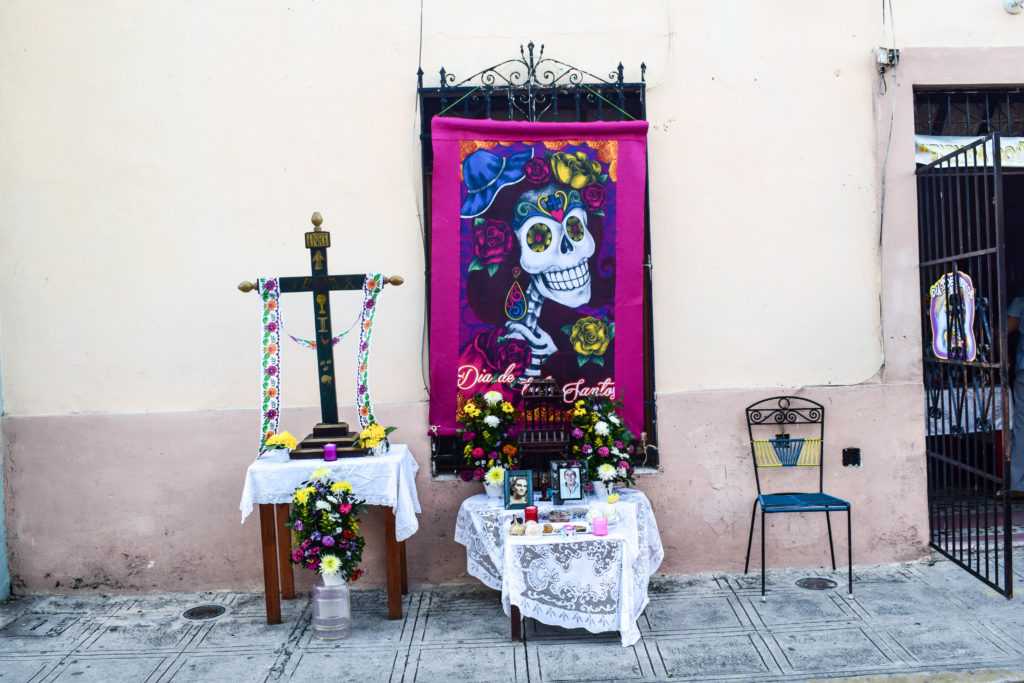 What is the Day of the Dead?

Day of the Dead is a colorful and festive occasion that honors deceased family members and celebrates their lives. Already since the Aztecs times mourning of the dead was considered disrespectful.

Death was the next phase of life’s long continuum and deceased ones were kept alive in everyone’s memories. Then once a year on The Day of the Dead these souls return to earth for a day to visit their families.

This belief is still alive in Mexico nowadays. Therefore each year from November 1st to November 2nd the celebration takes place all over the country, to welcome spirits of deceased loved ones back to earth.

A day before Dia de Los Muertos, October 31 (dates may change every year) is a preparation for the upcoming celebration and also a Halloween celebration.

Halloween is not the same thing as The Day of the Dead though. 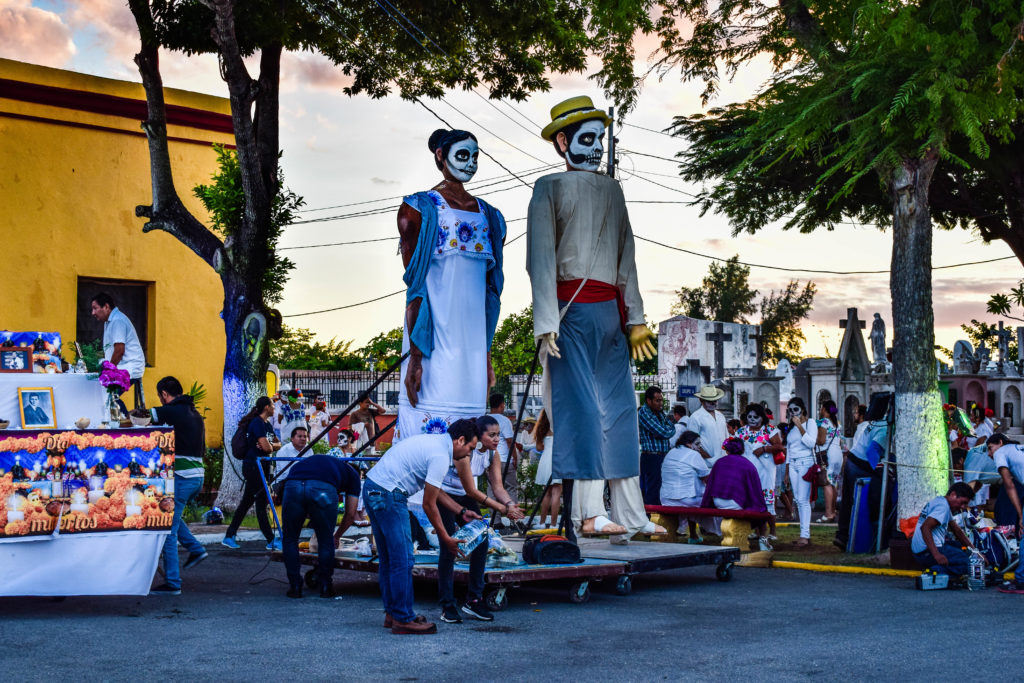 November 1st is the day that’s when “Angelitos” or little angels return to the earth. It’s also called Día de Los Angelitos (Day of the Little Angels). These are the souls of all babies and children who have died at a young age.

The next day on November 2nd all the adult souls visit their loved ones here on the earth. Spirits are welcomed with a joyful celebration, specially built altars and their favorite meal from back when they were alive. It’s a common belief that the spirit arrives mighty hungry and thirsty after having to travel from the spirit world back to the living world. 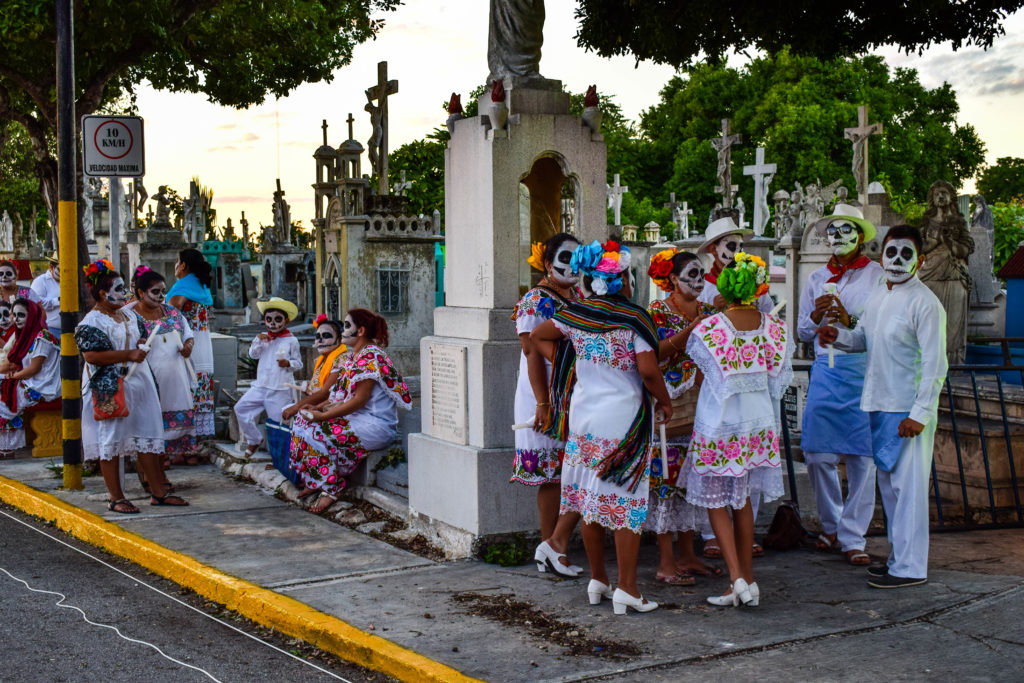 How Is The Day of the Dead different from Halloween?

Even though Halloween and The Day of the Dead take place almost at the same time and both are centered around the spirits of the dead, the meaning and tradition of both are very different.

Halloween is meant to be as a night of horror. In Halloween the spirits that come back to earth are considered malevolent, therefore all the kids are disguised in masks to be hidden so that they won’t be harmed by these spirits. 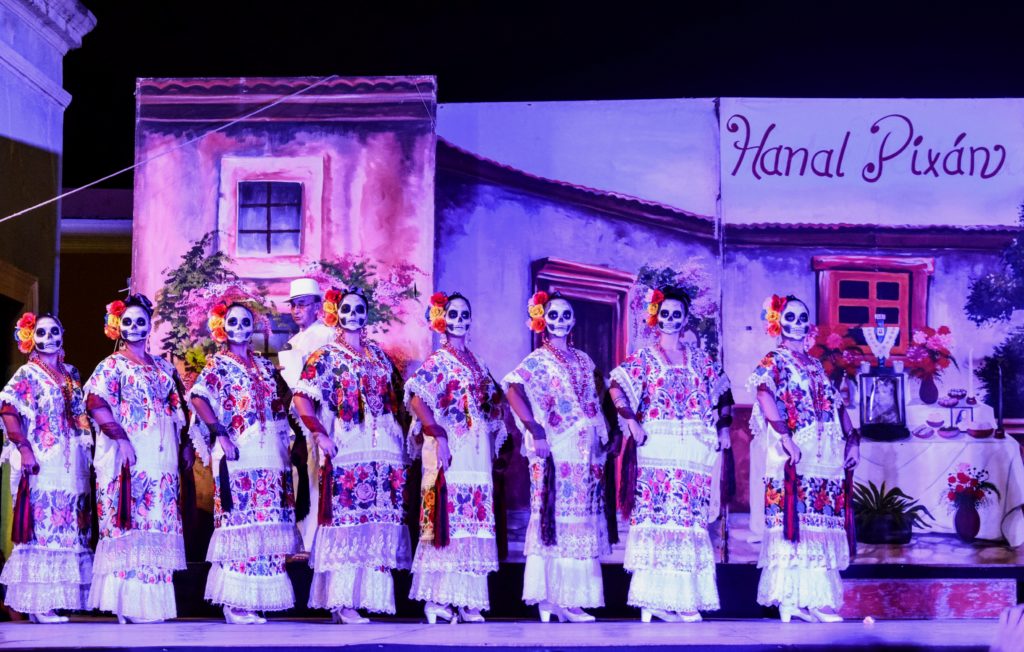 The Day of the Dead is absolutely the opposite. It’s a joyful and bright event when all the spirits that return to their families are good and welcomed. Also, this tradition is different from Halloween, by building altars for the spirits, celebrating them by rich feasting and bright, colorful parades. 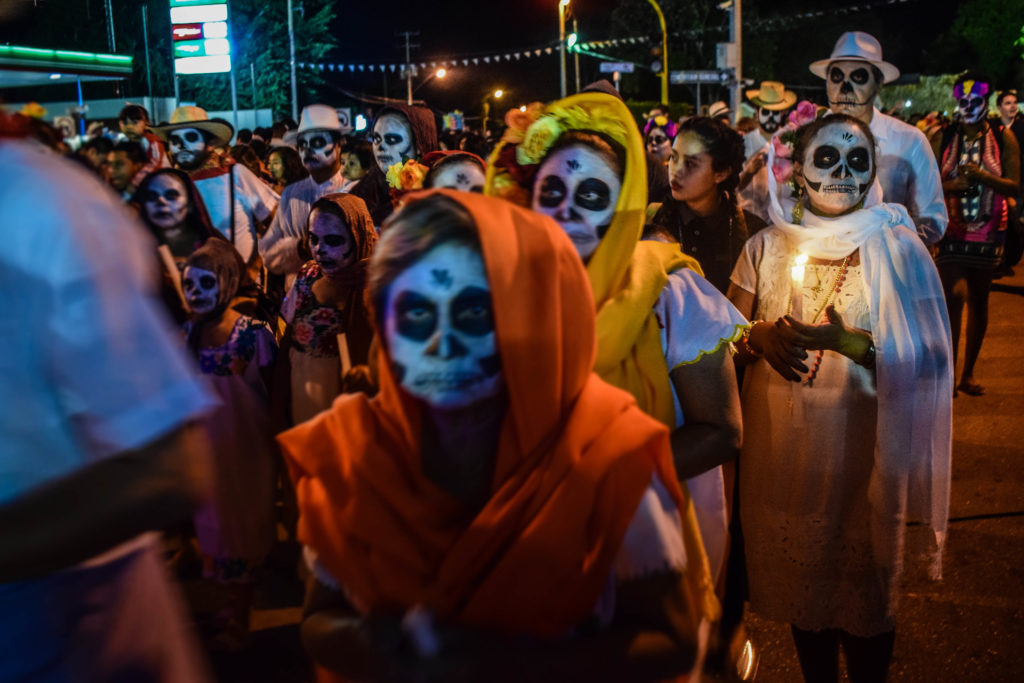 How is the Day of the Dead celebrated in Mexico?

Even though the Day of the Dead has thousands of years long history, nowadays the celebration is a mix of pre-Hispanic historic religious rituals and Christian feasts. Different parts of Mexico celebrates the day differently, Southern Mexico being the one with the most colorful celebration.

“It’s a joyful and bright event when all the spirits that return to their families are good and welcomed.”

Some of the most interesting celebration traditions include building the Altars at the family homes to welcome the spirits. On November 1 children are building altars to welcome little Angelitos or the returning souls of children.

The next day altars are built for the adult souls returning to earth to visit their families for the day. 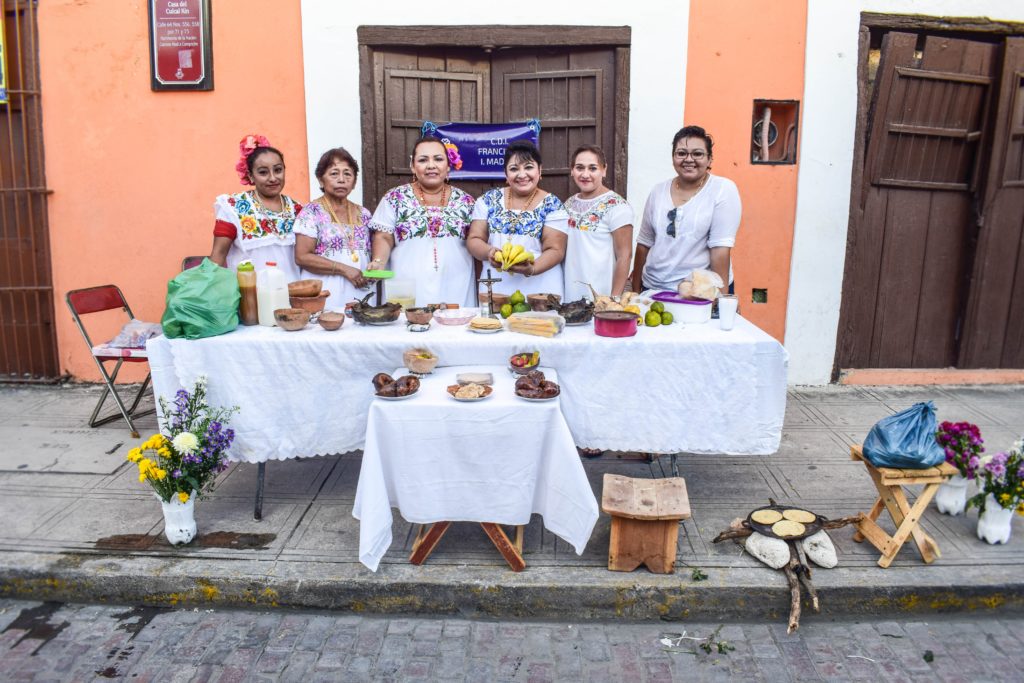 Both of these altars are decorated with candles, marigolds, food and beverages, even clothes as well as sugar skulls. All these items usually are the combination of the spirits’ favorite things and are as a gift to welcome them back.

People also visit cemeteries and decorate graves of their loved ones. Some of them even sprinkle rose petals all the way from the grave to the door of their home to make it more easy for the spirit to find their way.

“Nowadays skulls are popular not just in Mexico, but all over the world. There are so many tattoos, drawings, and decorations with the famous skull girl face.”

In some regions of Mexico, people even spend the night in the cemetery. They start with gathering there to decorate graves. Then they spend the whole night eating, drinking and talking about their loved ones. This night is spent very joyfully until the daylight comes.

For me, the most impressive element of this celebration is the parade.

It’s different all over the country, being smaller in rural areas, and very huge in bigger cities such as Mexico City, Oaxaca, Aguascalientes and Merida where thousands of people dress up in traditional dresses and skull masks.

Along with Merida, Oaxaca is actually one of the absolute best places to visit for authentic Day of the Dead celebrations. If you decide to head there, be prepared and check out this guide of the best things to do in Oaxaca city. 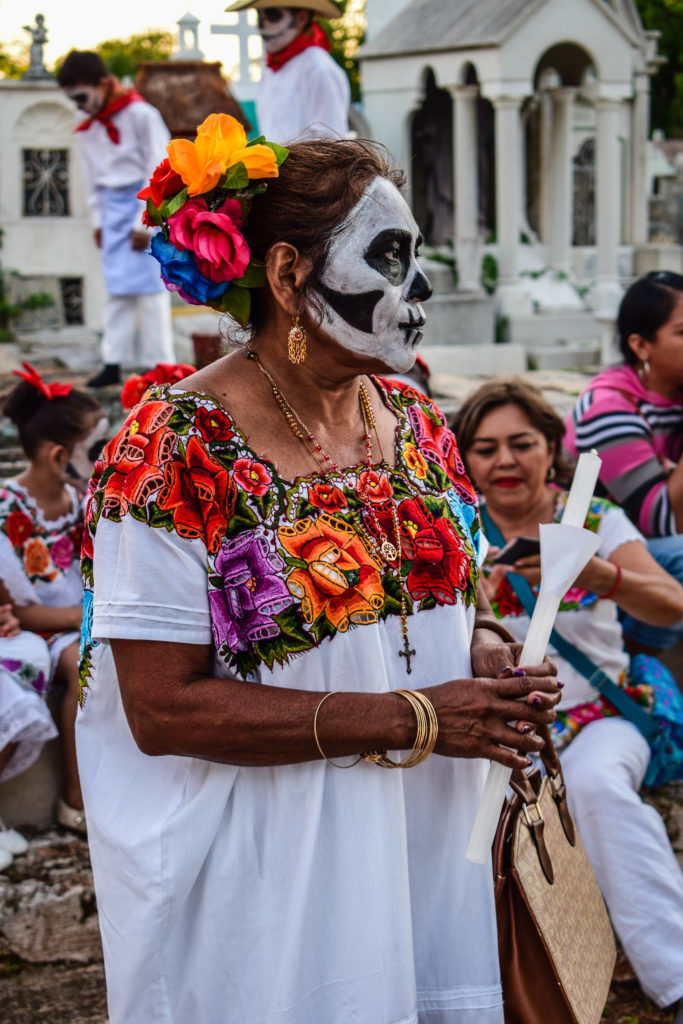 Why is everyone wearing skull masks?

Skulls are everywhere during The Day of the Dead celebration.

Origins of that go back to the very beginnings of this tradition before the Hispanic era when skulls were used during rituals and also kept as trophies.

Nowadays skulls are popular not just in Mexico, but also all over the world.

There are so many tattoos, drawings, decorations with the famous skull girl faces.

The most popular one actually comes from Mexico and is called Calavera Catrina.

Usually in a combination with a gracious dress. The men also put on fancy suits and a skull mask to accompany women. 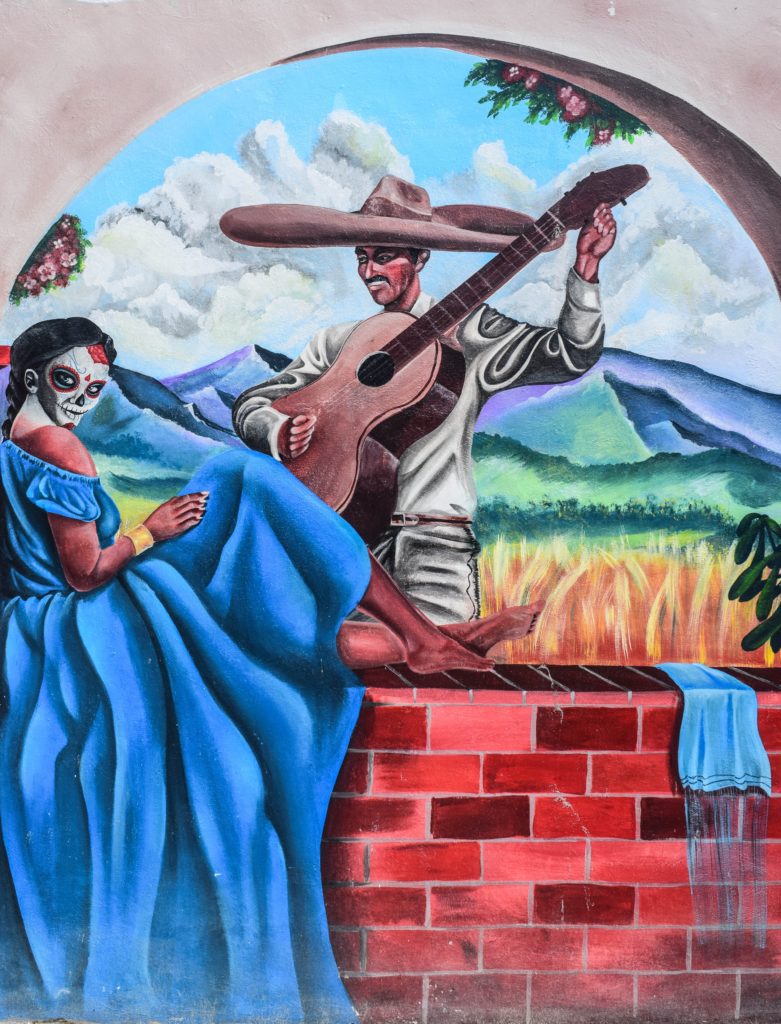 The image of Calavera Catrina was created by a Mexican artist José Guadalupe Posada.

He depicted a fancy female skeleton as a dig against the Europhile Mexican elite during the Porfirio Díaz dictatorship.

It became an iconic image of the Mexican Revolution at the beginning of the twentieth century. It obviously was a very successful image that is well-known until now.

If you plan to participate in the Day of the Dead parade, here’s a quick & easy tutorial on how to paint your skull mask yourself. It works well also for Halloween parties. 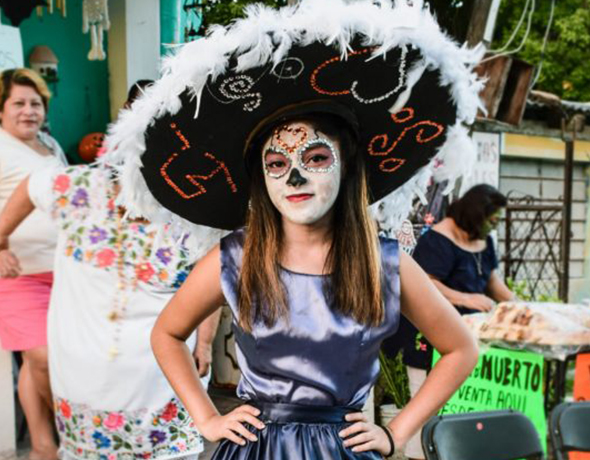 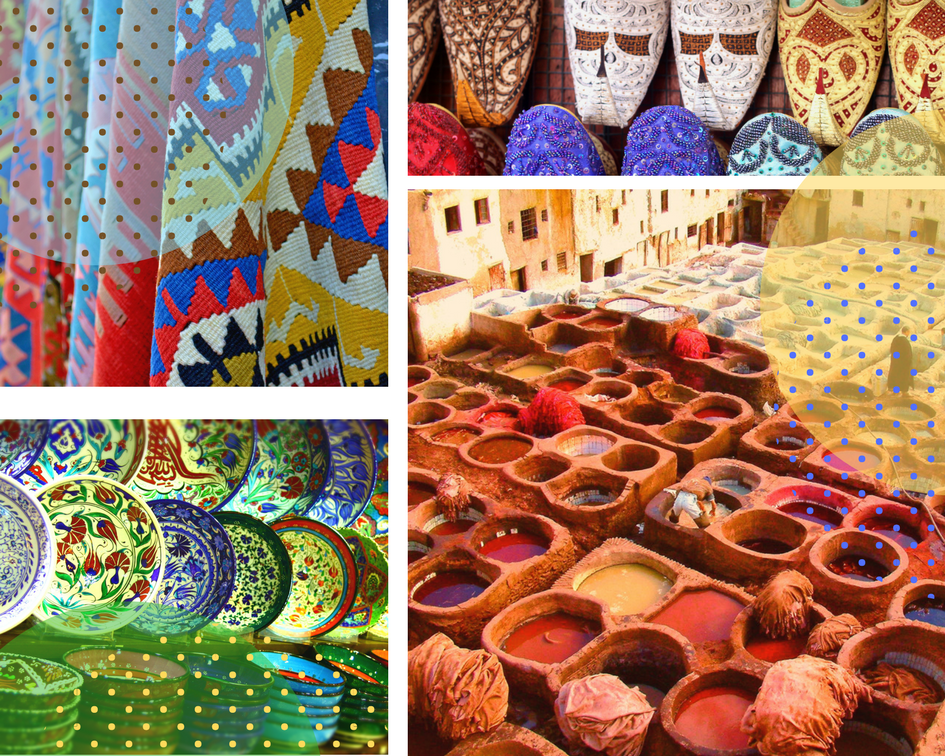 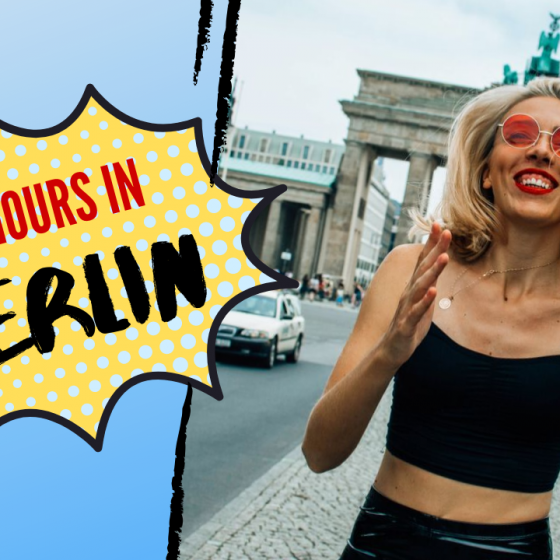 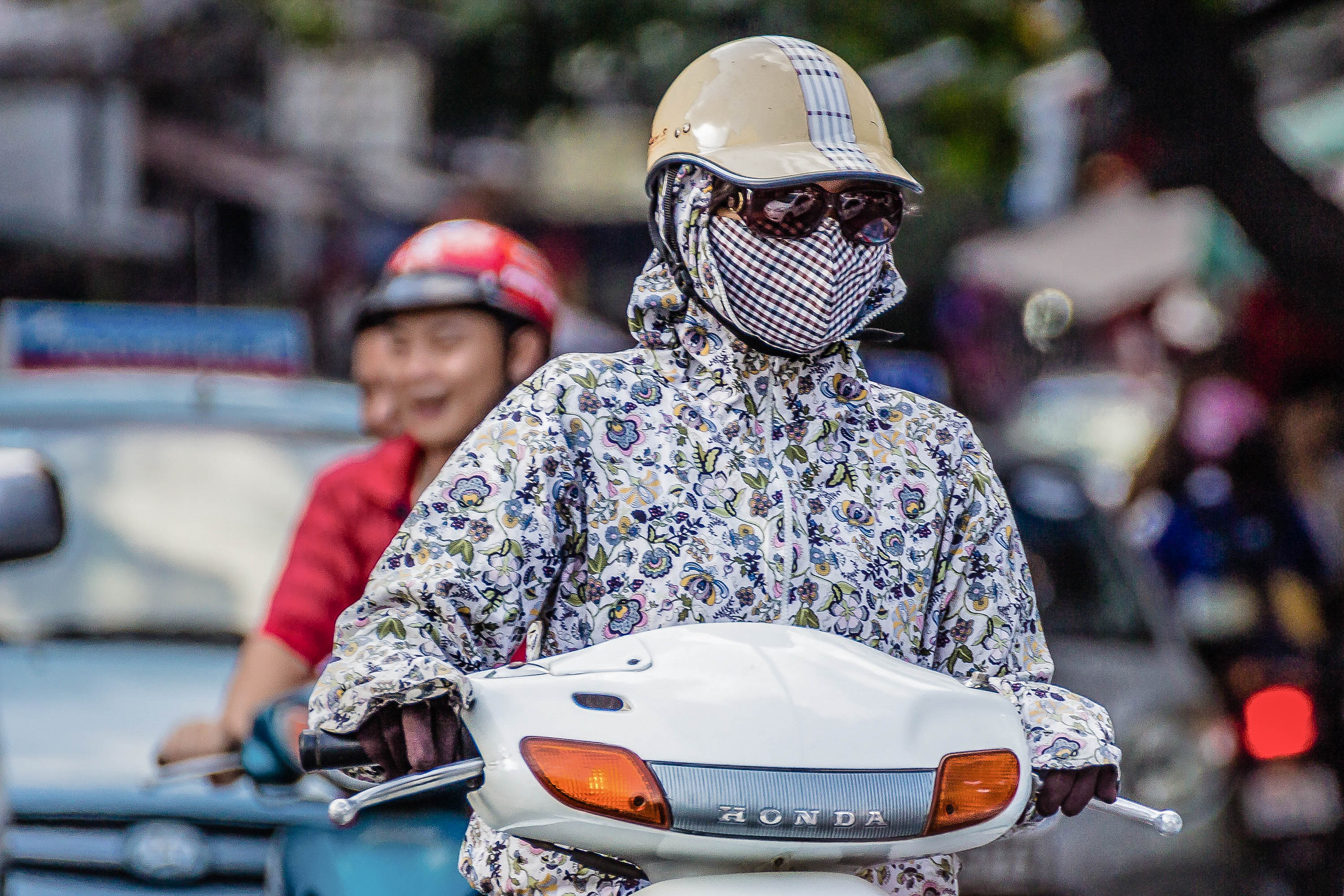 previous post
Best Travel Ideas for First Timers in Hanoi, Vietnam
next post
A Day Trip to Cozumel Mexico in a Thunderstorm