How Dead Sea will be what you didn’t expect 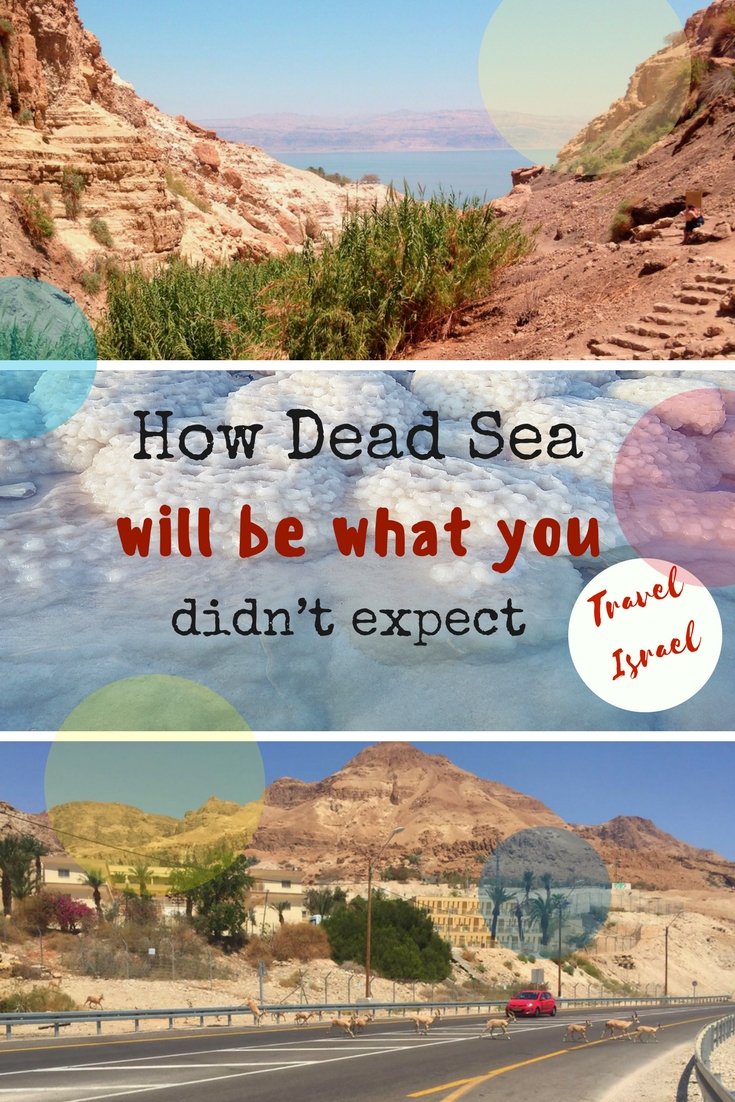 This summer we finally went for an adventure to Israel. It’s definitely one of the most exciting and amazing countries I have ever visited. It’s breathtakingly beautiful with so many different sceneries and areas within quite a small territory.

It amazing starting from the vibrant and stylish Tel Aviv to historical, spiritual old city of Jerusalem, from lowest point on earth The Dead Sea to beautiful cliffs of Masada located just by dolphin reefs in the coast of Red Sea.

And luckily wherever you go, Israel throws at you a different kind of adventure each day. This is going to be a story how were had to overcome big dose of adrenalin, unbelievable heat and some amount of mental strength to get to swim in a magical wonder of nature the Dead sea. Read more about this phenomenon in our other post: Dead Sea, the beautiful freak of nature. 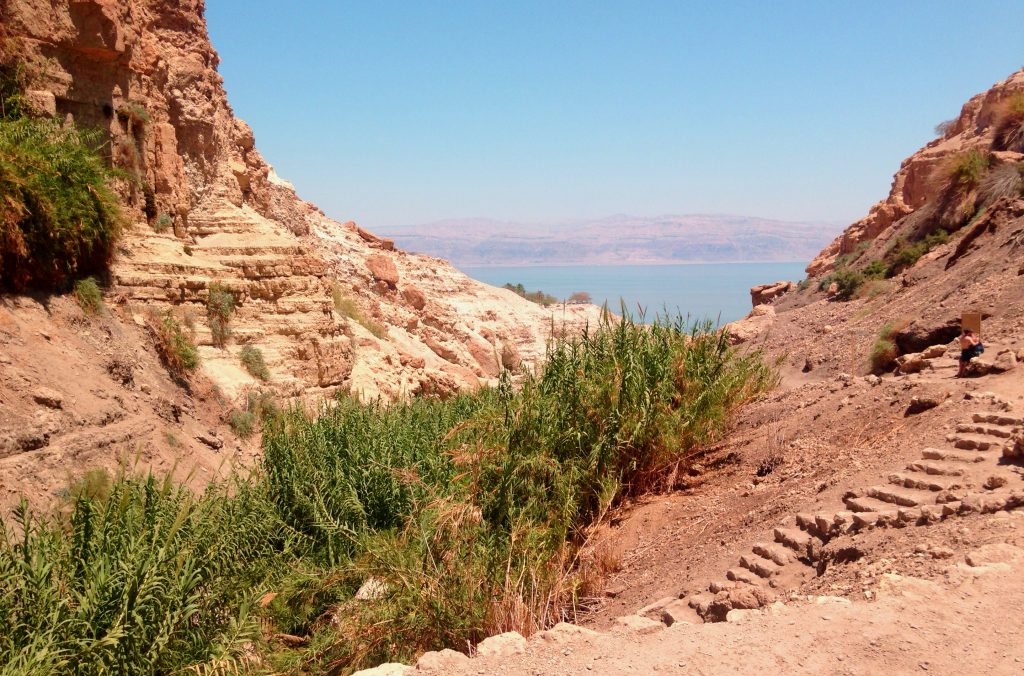 So here’s our story how we visited the lowest point above sea level on earth.

We stayed in the Hostel in Ein Gedi which is about 10 km away from Ein Bokek (the only village that has actual access to the Dead Sea next to it). When we booked this hotel we thought  – how awesome is that. The hostel is located in a peaceful, uninhabited area between the Dead Sea and Nahal David natural reserve.

It’s a reserve great for hiking on craggy paths, cliffs, over underground springs to the David waterfall. Unbelievable peace and beauty of raw nature all around. And the Dead Sea at your fingertips. We thought we will be able to go swimming in the Dead Sea all the time. But turned out we were wrong. 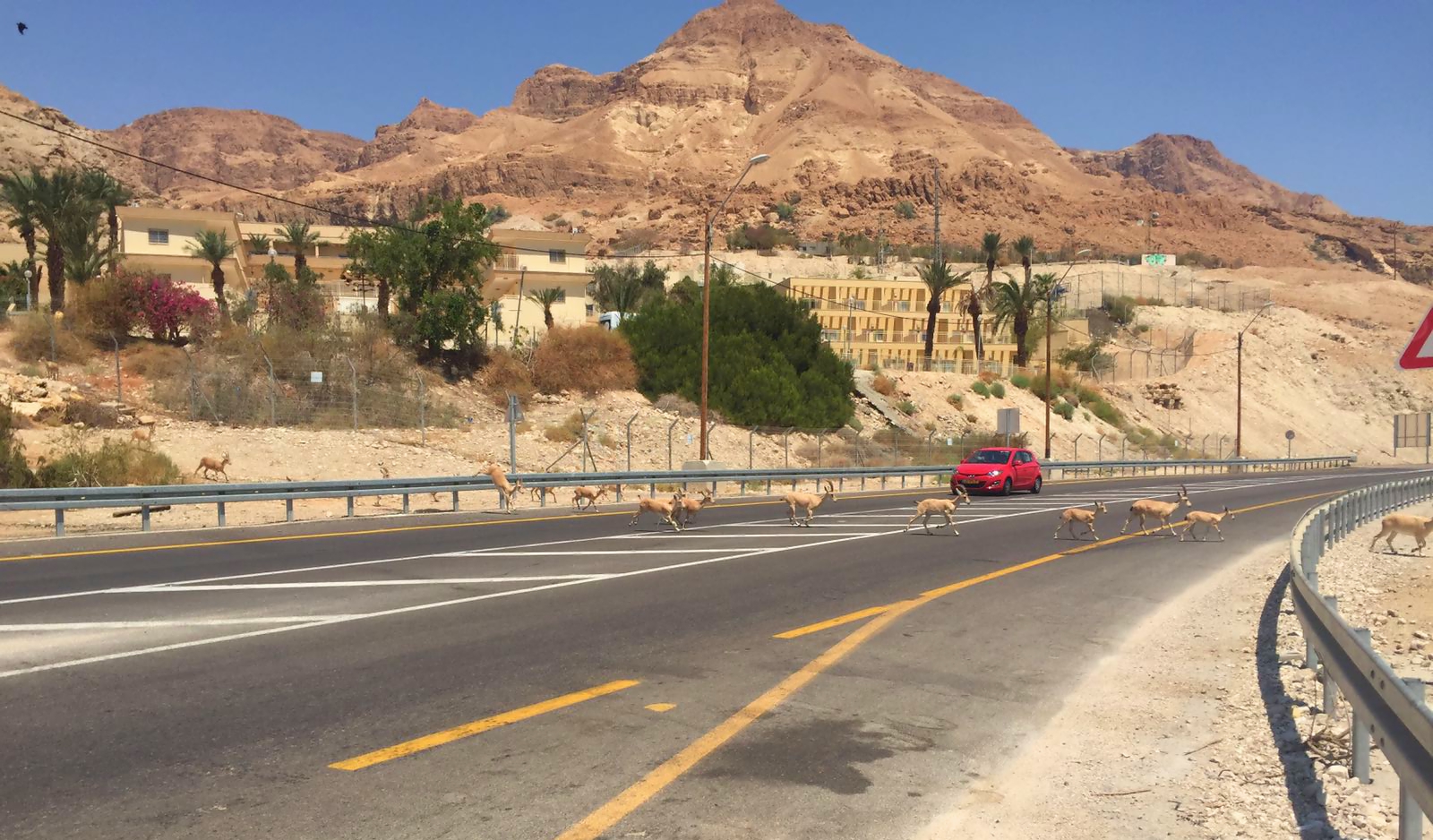 To get to the area where we’d stay we took a public bus from Jerusalem to Ein Gedi. It’s about 1.5 hours ride with an amazing scenery all around. After about an hour ride we reached sea-side of Dead Sea. It was exciting to see where the Sea starts on one end and drive along the coast line.

We got a bit suspicious that after a while driving we saw only high cliffs as a coast of Sea and no hotels or any other life for that matter. The cliffs were high with big rocks and it looked impossible to climb down to reach the water. Plus there were also fences everywhere preventing anyone getting to the water with signs that said “ Danger! Do not cross! Sink holes!”  That didn’t sound good at all.

We continued going for some time until we reached first building on the side of the road in the middle of nowhere. It was actually our hostel. We got out of the bus and were standing alone on the quiet road in the +45 C (113 F) degree heat afraid to move.

It felt like we are going to set ourselves on fire if we move. So that’s another thing you should consider when going to that area – in summer it reaches extreme heat until about +50 C (122 F) degrees. 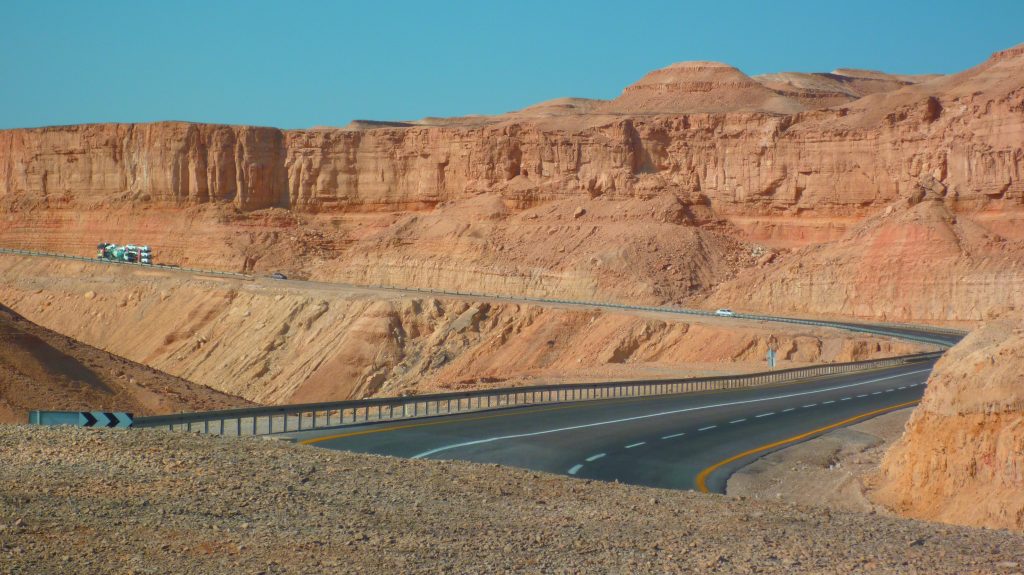 In the hostel, we asked how do we get to the sea here. They told us – you don’t! It’s not possible. A bit of panic run through our minds – HOW is it not possible? It’s crazy heat outside and our only wish is to change into a bikini and run to the water to cool down. As it turned out the only safe option getting to swim in the Dead Sea was to take a public bus to the direction of Ein Bokek. That was inconvenient. There was even no possibility of a taxi because we were in the middle of nowhere. Pretty sireal but extremely cool feeling.

Then one guy took us aside and told that we can find an old, closed road a bit further and walk down that to an abandoned beach that’s still quite accessible by feet. However, there are sink holes on that road so it would be our own responsibility if we choose to go there. That sounded extremely scary. It surely took tome time to make a decision if to risk it or not, but of course, we ended up doing to look for the abandoned road. 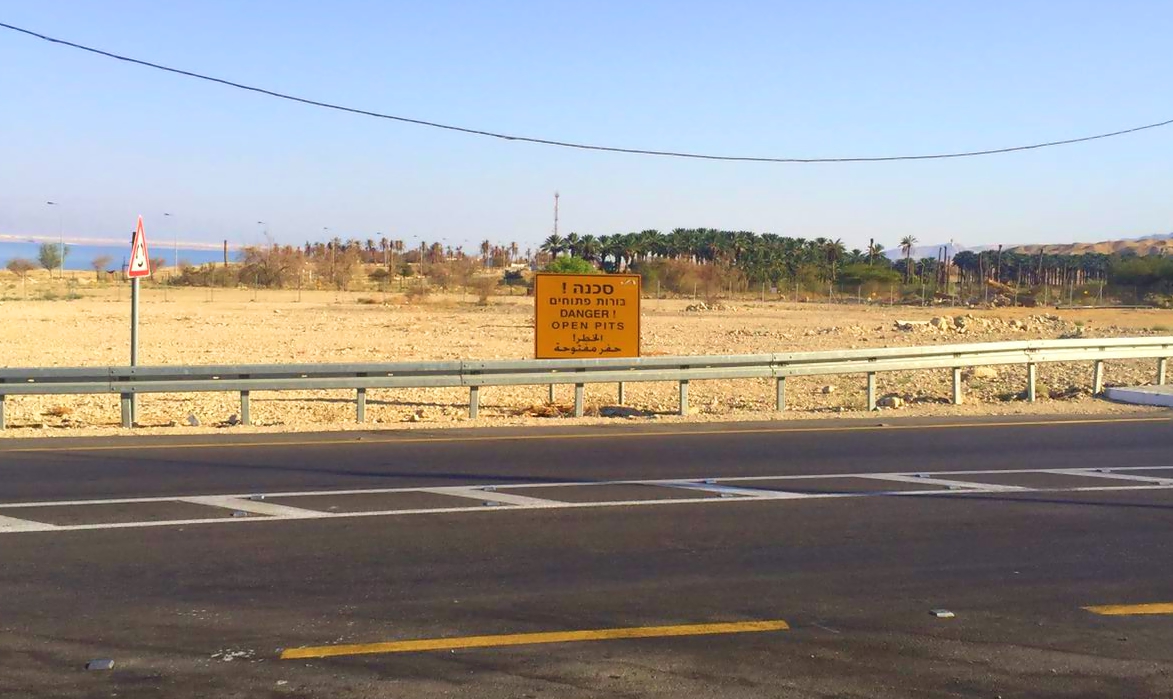 We had put on our swimsuits and flip-flops and went out of the hostel It was still about 40 degrees out so every movement was 10 times more difficult than it would normally be. We climbed over the fence and passed the “Danger! Open pits!” sign. We saw the old collapsed road, a cliff after that which looked basically like a landslide of rocks. We started to climb down.

At this moment we understood that flip flops were totally not the best choice for climbing rocks as our feet were wobbling on every step. After about 15 minutes, without any strength left, with bruised feet and boiling hot drinking water in the bottle we got down to the water and were so happy that we will get the relief of swimming which will cool us down. BUT NO!

The water was as hot as in the bathtub at home and also felt like syrup – pink color and quite thick consistency. After getting in the water we felt even hotter than before.

The fun part was to finally see how the Dead Sea water really pushes you up so strong that it’s not possible to swim there at all. You can only lay on the back and do nothing. If you want to turn on your stomach it’s not possible that easy.

You have to stand on your feet first and then lie down on your stomach. If you try to swim, your legs will just be pushed above water and you will move them in the air. That way you can’t swim far. It was so much fun and definitely something worth experiencing. 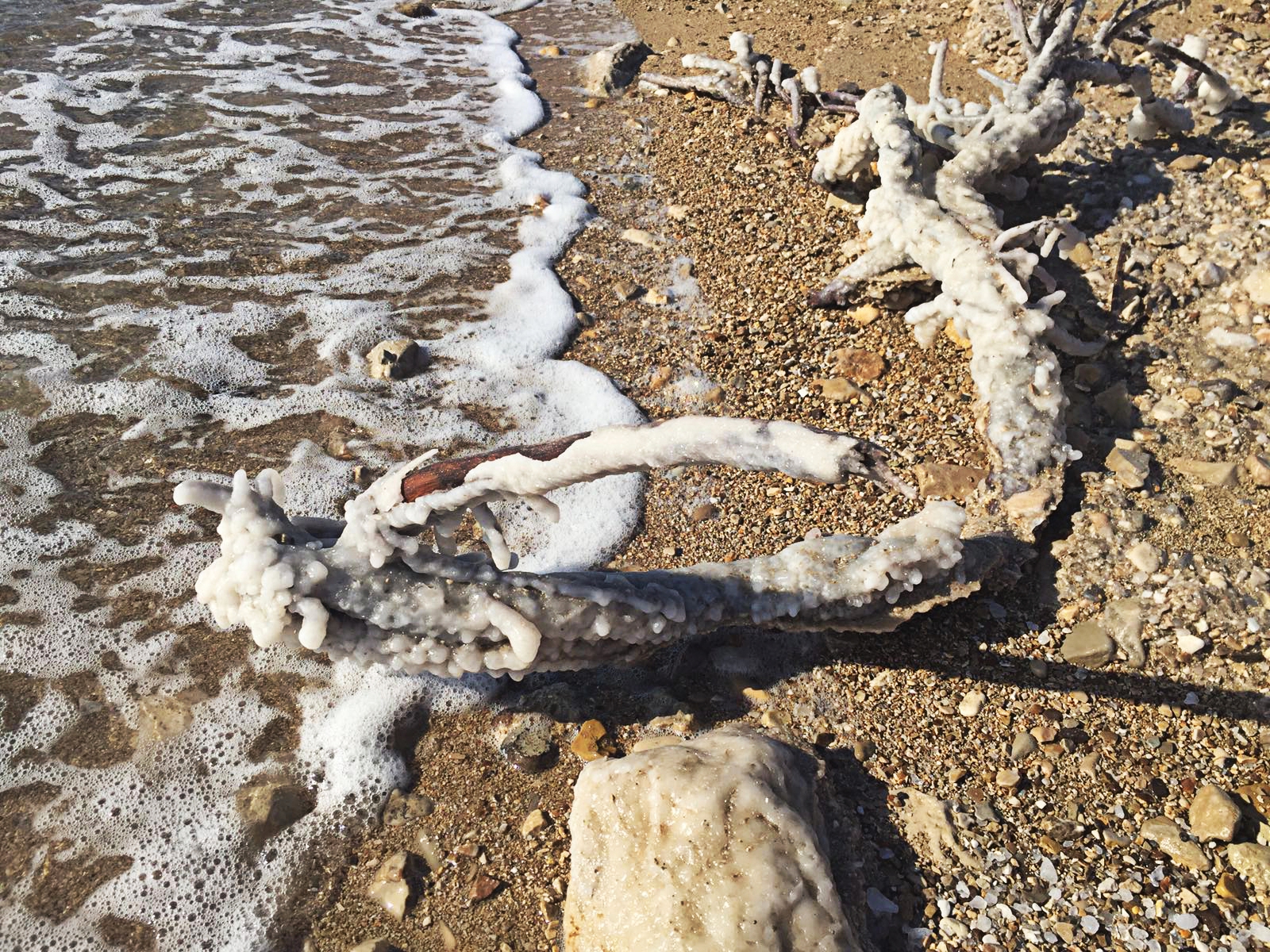 Despite our exhaustion, hot and extremely salty water we laughed from the heart. It was super fun to feel how you instantly become so clumsy as an elephant in the pottery shop.

You try but can’t control your body anymore, swimming becomes as some weird, clumsy movements on top of the water surface. You must feel this magic at least once in your life! I couldn’t actually believe at that moment that it was really happening.

Some tips though – don’t let water get in your eyes. It burns so hard that you start to feel paralyzed. For that only lots of drinking water can help. Even though we had almost run out of ours that’s how we used our leftover water to save our eyesight.

Also don’t go there if you have just shaved your armpits or anything. You will not be able to put your arms down for 4 days. And that’s not even a joke. 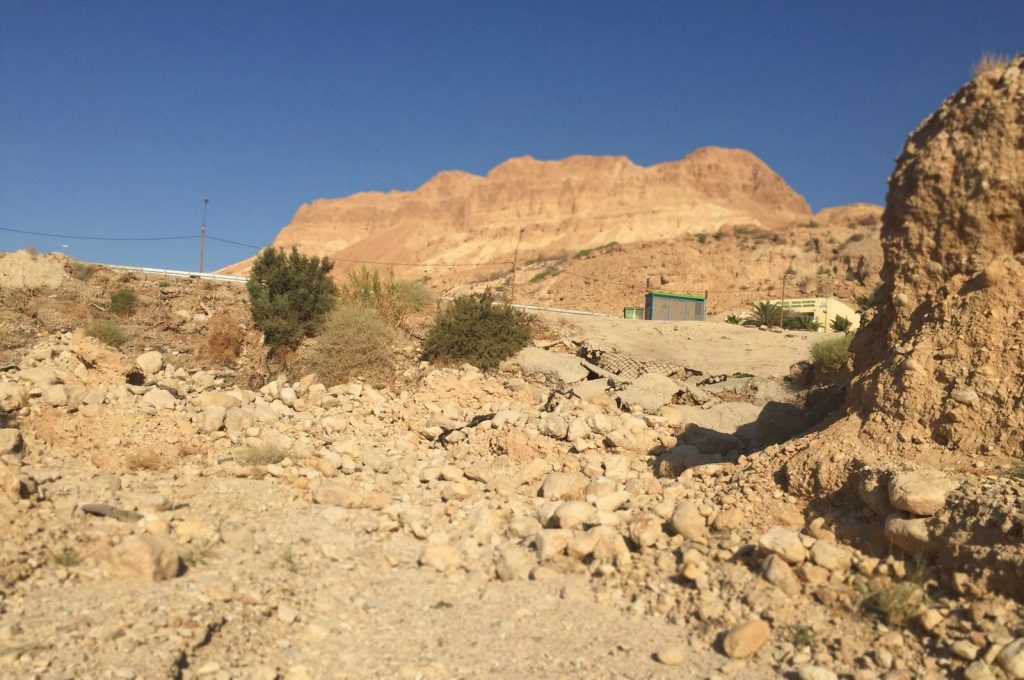 So we took a short swim, got even hotter and had to make our way back up the cliff. I can just say that the way back was one of the physically and mentally hardest things I have done in my life. But everyone survived. Our faces were probably showing out all the possible suffering in the world. 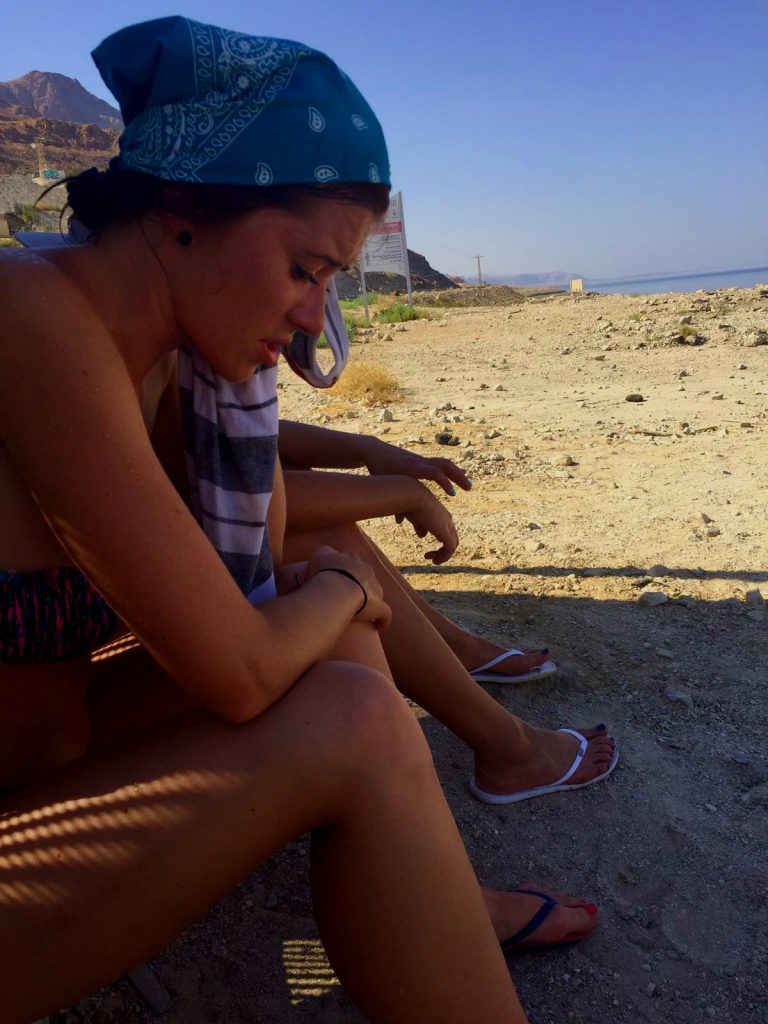 Next morning we went down to the Sea again. It was early morning just before 7 AM so the air was a bit cooler so was the water. However, the way down and back up still remained difficult. Only a bit better because of the rights shoes on.

So now you know what it takes to go for a swim in the Dead Sea in Israel. I’m so happy we had a chance to experience it and I feel great remembering it now. If you are adventurous enough, go and see this for yourself. Or just get to Ein Bokek and have the only possible lazy experience. 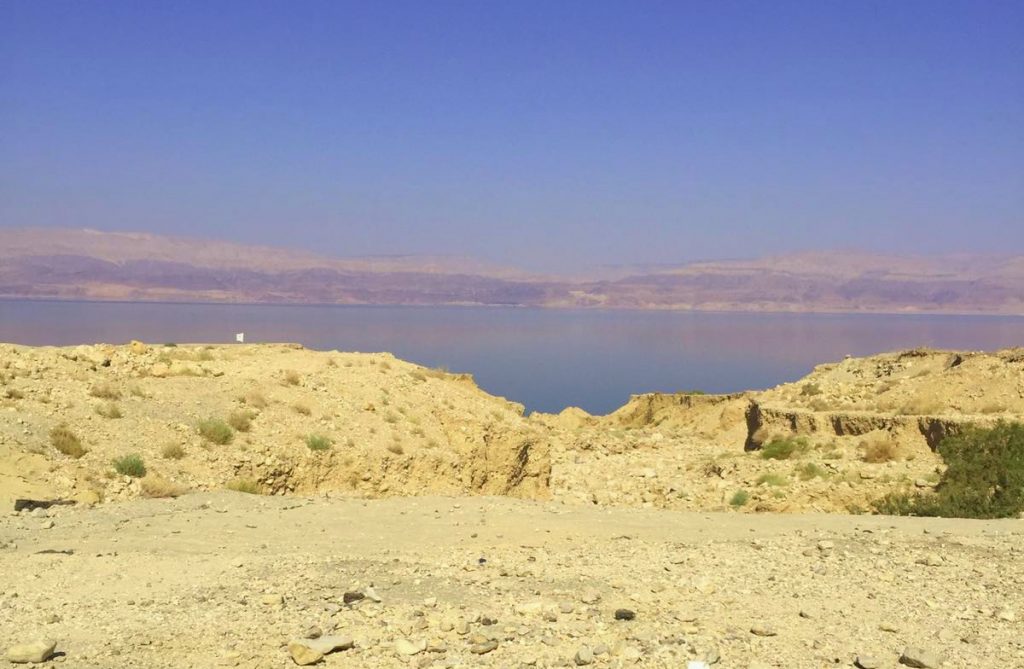 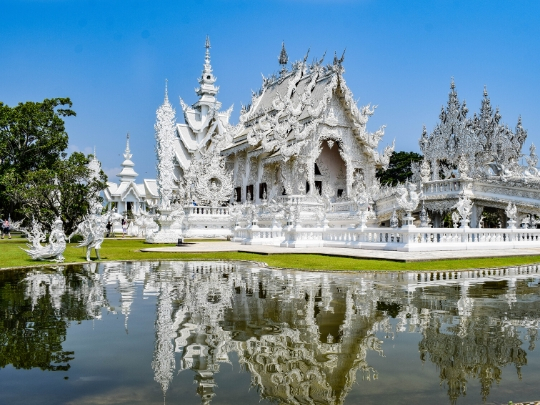 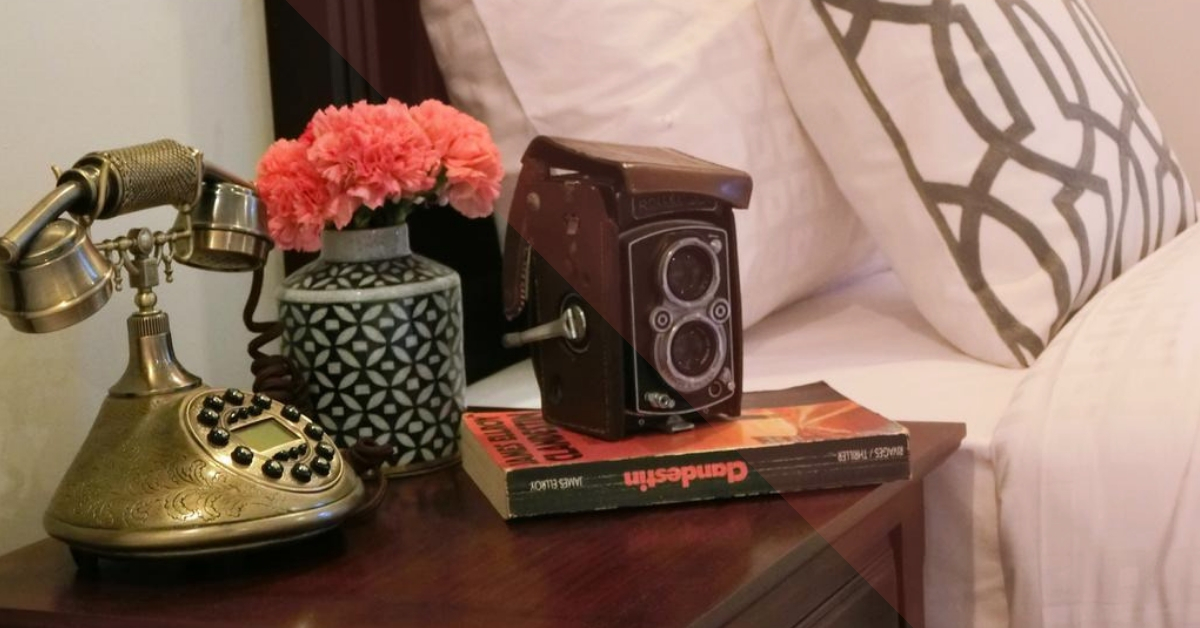 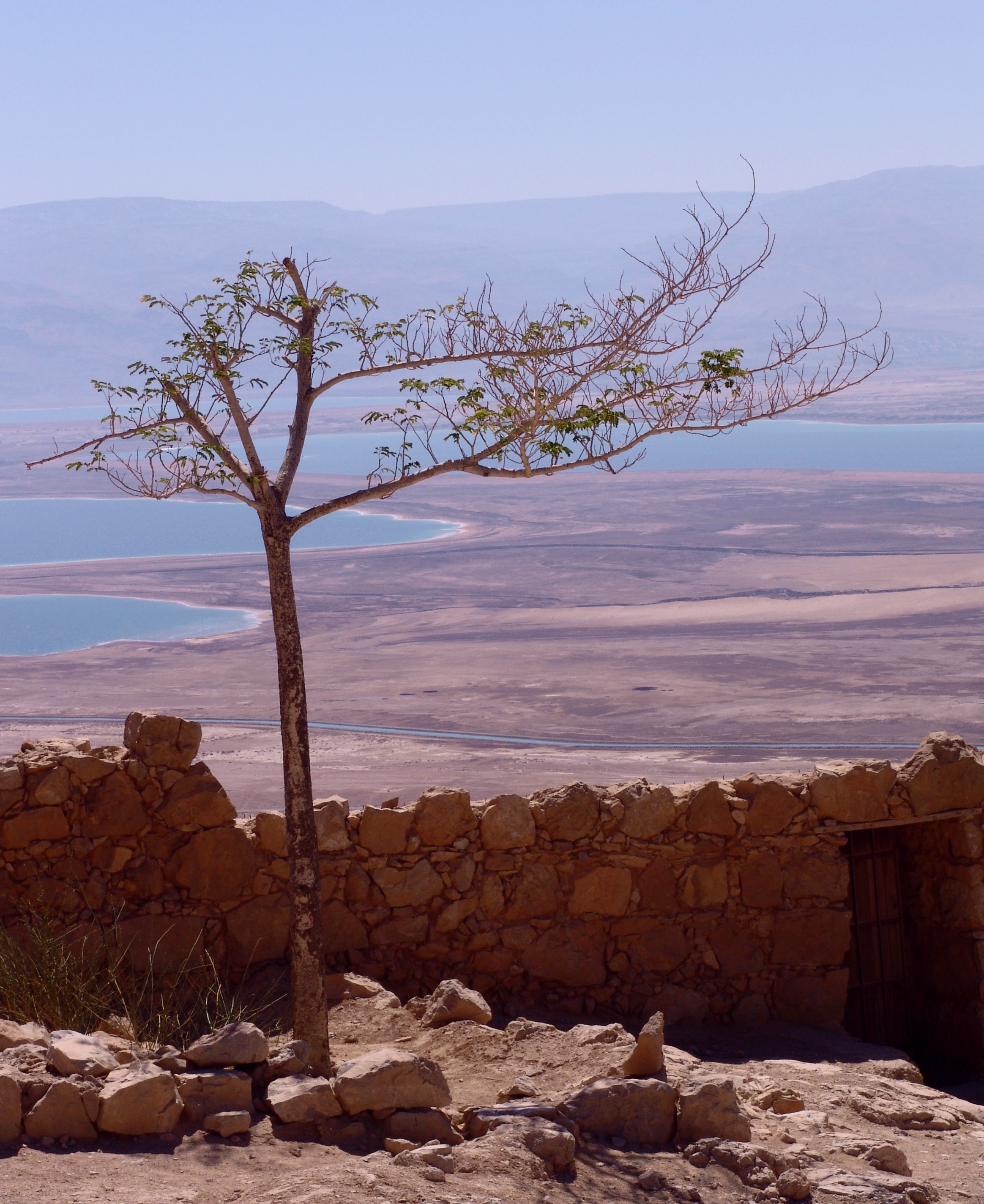 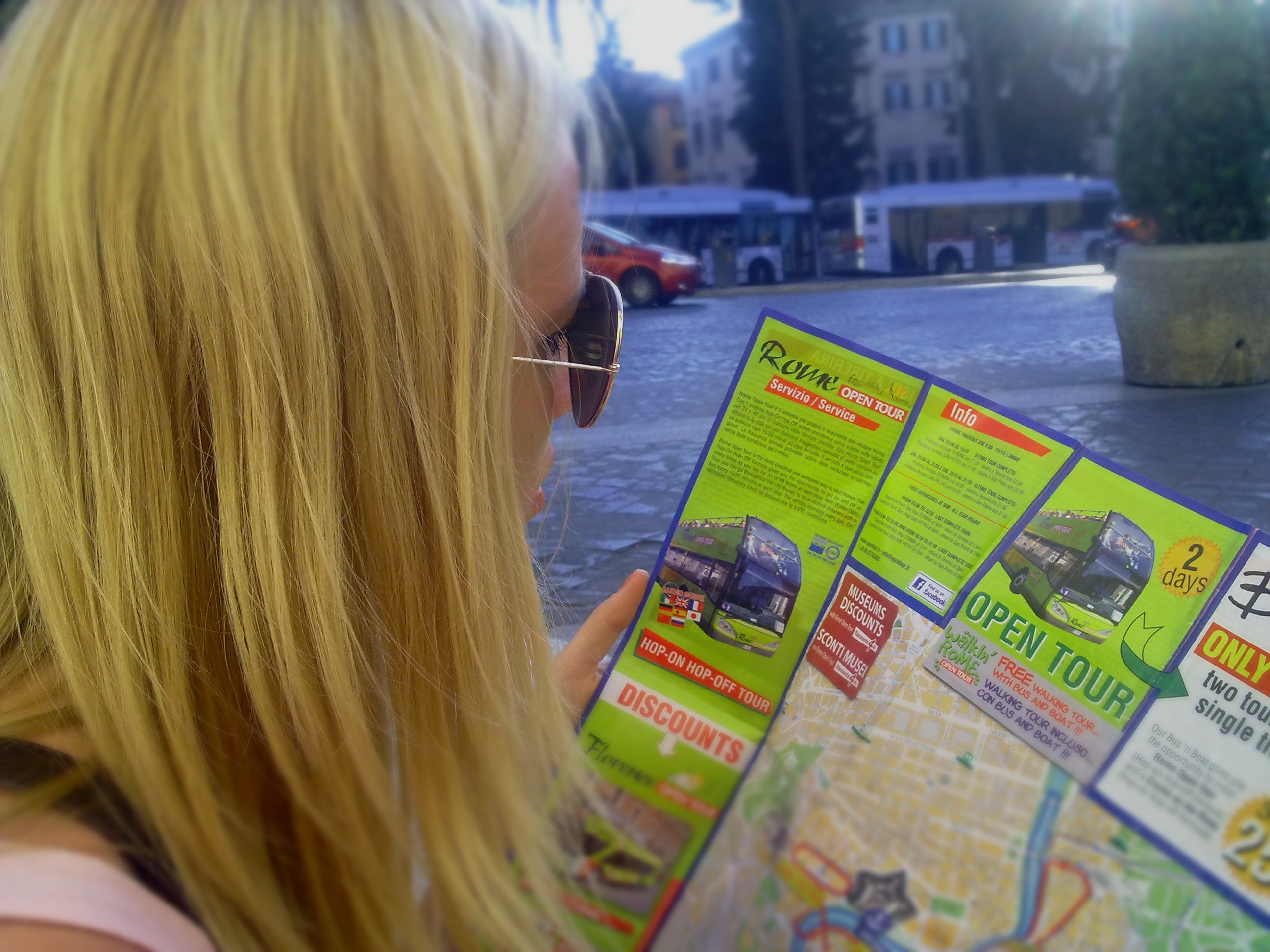